I made a thing!  It’s H’s first birthday in a month and I decided to do a lumberjack theme.  It was easy to find most of the components, even his outfit, but hard to find something his mama would want to wear and feel comfortable in.  I’ve been wanting to make a shift/dress/shirt ever since I gave birth, and finally decided to try it out.  Did I find a pattern at Jo-Ann’s Fabrics?  Did I search for a tunic DIY on Pinterest?  Oh, definitely no.  I patterned it over an over sized tee I had cut the sleeves off of.  I honestly have no idea how it came out so well, I forgot to allow for seam length and had to cut out two extra panels for both sides.  I tried it on pre-panel and it was too tight so out came the seam ripper (he and I are bff’s).  Then it was too boxy up top (due to the panels) so I had to sew some makeshift darts.  Thank Gods the darts are under my arms because they are make shift.  I was confused about what to do with the sleeves and neck line and found some gray ruffle.  I hand sewed those on, I wasn’t about to try to machine sew them.  So far I do best with straight lines with the machine! 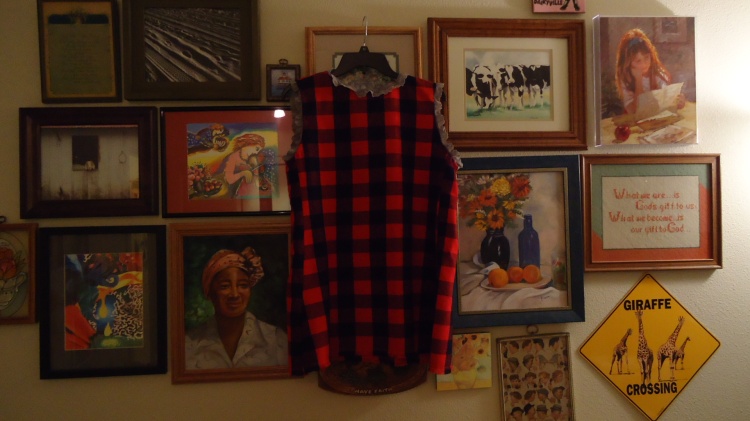 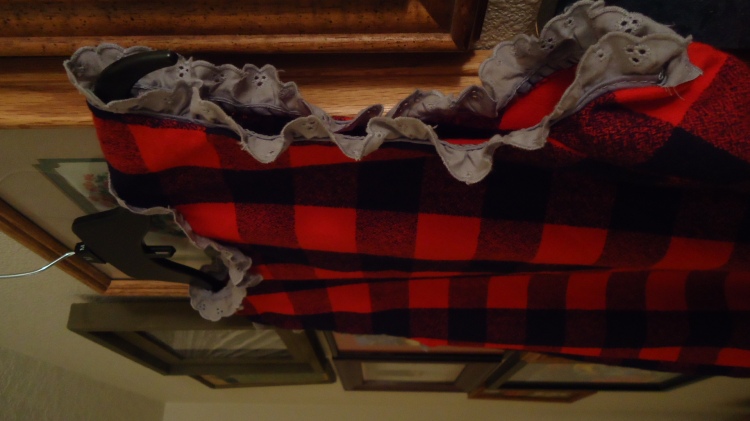 It looks way more flattering on.  I’ll probably wear it with a long sleeved black tee underneath, jeans or leggings, and boots.  C O M F Y, which I will be happy to be the day of the party.

I really hope to get into sewing more and more.  My mom sewed, she was taught by her grandma.  It is so easy to buy a shirt for 10 dollars, but so much more satisfying to create something yourself, that can’t be bought in any store.  My biggest challenge with the sewing machine is threading it.  I can’t stand threading it!  And why does the thread keep getting stuck in the bobbin area?  I have YouTubed videos over and over.  I hope I will get better at it someday.  I think I just don’t want to follow the rules (see tunic pattern example above) and want to muscle everything out myself.  You cannot always get away with that in sewing.  It’s like cooking, sometimes you have to follow a recipe to get the best results!

The neck line above still isn’t sewn because H got sick on my second day off.  It kills me when he gets sick, I don’t know if I’ll ever get used to it.  He was attached to me at all times.  He likes to go play by himself a lot normally.  He likes to cuddle and just lay on me when he’s sick.  We watched Lilo & Stitch, laid in bed, and I nursed him a lot.

My first day back to work I felt my throat getting scratchy and I came down with it too.  I gave my notice.  A lot happened.  I feel like I want some time to go before I write about it.

I got the yoga blogging scholarship!  I submitted my application!  I’m so excited about this new upcoming season of CHANGE.  I cannot believe I will be immersed in a yoga teaching program very soon.  I haven’t been able to go to yoga in the past week due to being sick and I feel like I will get behind.  I know it’s silly, I just look forward to doing it on such a regular basis that my arms don’t burn.

It was my sponsor’s lucky #13 sobriety birthday yesterday.  I went to eat Chinese food with a group and then a meeting after. 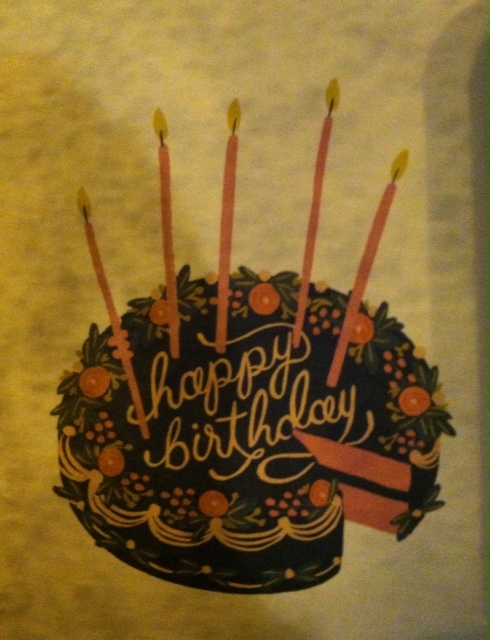 It felt good to go, like I used to back in Long Beach.  Not hardly a weekend went by without being texted or invited to this birthday or that meeting in CA.  Some of the people at the restaurant started talking about some meetings, why they were named so and so, or how a meeting died because it moved locations.  I immediately felt sorrow.  It’s all new to me here and it’s scary.  I participate in one small slice of the AA culture, I can’t wait until I find some more meetings I feel more comfortable at.  6 or so months ago I called central office here in a panic.  I just can’t find a meeting like my old home group in Long Beach, I said.  Whoever I was talking to said something powerful, you won’t find that here.  There is no other meeting in the world like that one.  But I pray that I find one kind of like it and I know that’s the jumping off point.