Wow, my last post was frenetic!  I was freaked out!  I am grateful now to be on the other side of that fear that gripped me.  I survived the first week of yoga teacher training.  It was not horrible!  It was scary, fun, and challenging.

I got lost into Portland.  I arrived in a cold sweat, clutching my yoga mat, pump, and bag.  I was balancing everything (including my psyche) just so, I could have dropped all of some at any moment.  Bathroom?  I gasped at our teacher.  She was handing out the coursework at the yoga studio’s front desk.  She smiled and pointed.  I managed to get myself into the room where we would be spending most of our time.

I can’t remember what happened from when I entered and when our teacher entered.  My mind was mush.  She told us to set up for a yoga class, we would be just practicing for the first hour or so.  Thank God, I thought.

The yoga calmed me down, it worked all of the bugs out of my panicky system.  We sat in a circle afterwards and introduced ourselves.

I’m Liz, I have a one year old.  I’ve been doing yoga since 2007.  I stopped doing yoga when I got pregnant in the summer of 2013 and just began again this past January.  I organize stuff at work, I’m kind of a nerd about organizing, and I like highlighters.

Yep.  I said that.  As I held up my highlighters.  But they laughed and it was okay.  What I get from the group is that they are all nerds of sort, interested in peeling back the veil of this new world to see what it will mean.

The practice portion is rigorous.  My shoulders and arms ached each day (I learned how much weight I push in that direction!).  The instructor is glib and intelligent.  She doesn’t take herself too seriously.  She cracks dry jokes.

There is a Starbizzle and a local spot, Tiny’s Coffee within a five minute walk away.  It helps my mind to be at ease, knowing there’s food close by!  On the weekends we are there from 8am till 6pm.

The room where we huddle in our spots, similar to homeless people, albeit much cleaner: 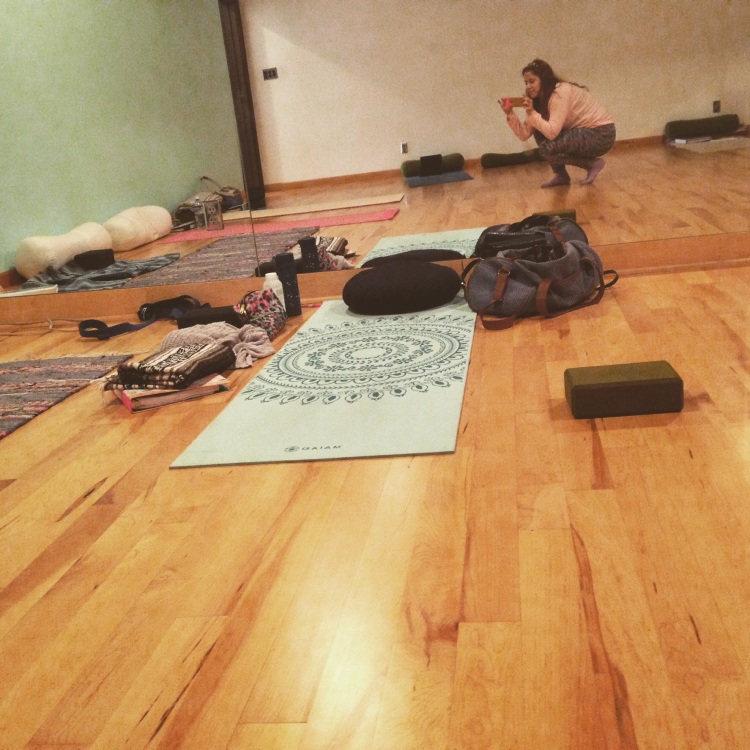 I got lost on the second day as well.  PDX seemingly has no rhyme or reason street-wise.  This one curves this way without warning, it seems to be an act of God to find the freeway on ramp.  And the bridges!  So many bridges.  Twists and turns, my friends.  The studio is located on a tiny street framed by two four laned, one way streets!  I rode that carousel for a while, be sure.  The third day I nailed it both going and coming.  The fourth day was a repeat of the third.  It will take me years to master the art of getting around this new city, I think.  For now I will hover around the studio.

I’ve been doing yoga homework the last two days.  I taught my mom yesterday for a half hour.  I have a long way to go.  I told her at one point, wrap your legs around your leg.  Not humanly possible.  Teaching yoga is not as easy as the teachers make it look.  It’s very hard to do the poses and speak at the same time, let alone know what you are saying.  She was a good sport.  It’s nice to be able to teach forgiving people for now! 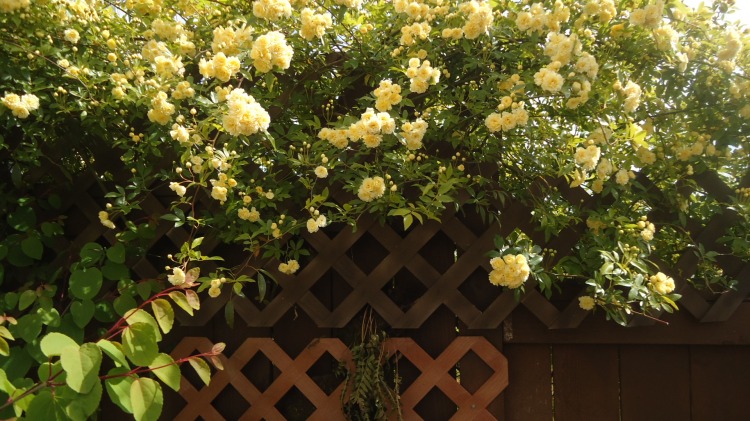 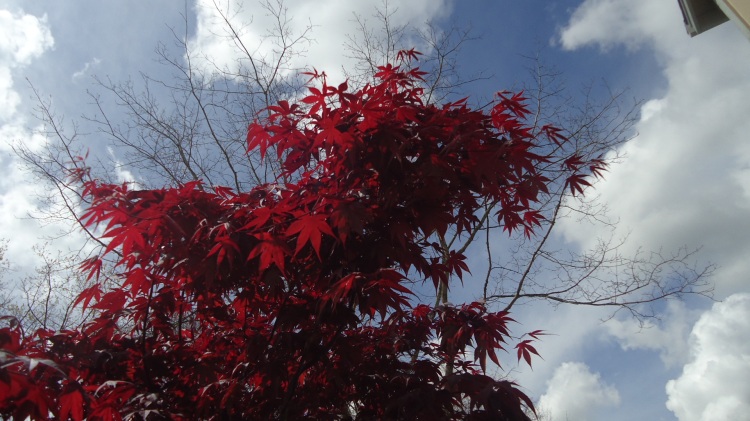 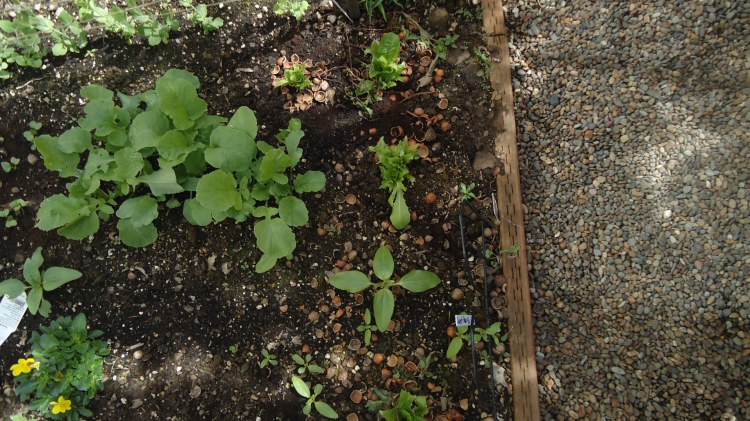 And I’m seven tomorrow.  I don’t feel it, seven just seems like a long time.  I feel the insanity of alcoholism, alive and fresh within me.  Don’t get me wrong, I am grateful and beyond the moon for this seven years.  I’ve done tons of work to stay sober and have a peaceful, happy, and productive life.  I just know how deceptive and powerful alcohol is today.  Last night someone was sharing about their “aha” moment, their moment of awakening.  When they were speaking I felt it clearly, I remember my own, almost seven years ago.  It was a Tuesday, April 15th, 2008.  I was late to the meeting on Mira Mar and 3rd street.  I felt hung over and tired.  My whole life spun on its head during that meeting and as I drove home I called my mom (unsafe I know, but I believe it was before the cell phone law if that justifies it.  It was the least of my troubles at that time).  I burst into tears.  I told her, I went to AA and I think I’m going to stop drinking!  I remember feeling it right then, like it’s done.  It’s enough, no more.  I believed it in my soul.  It was my higher power.  It was a magnificently gut wrenching moment.

Does that mean I won’t drink again?  NO.  It doesn’t!  This is what I never want to forget, that mastery alcohol waits to have over me again.  I am humbled and awed by what it did to me and what it will definitely do again.  I keep that fear.  I don’t let go of that today.

What do they say at the meetings here, we all have today, at the end of the chip giving?  That’s all I have.

I’m chairing the meeting tomorrow and very N E R V O U S.  My sponsor said, the anticipation is always the worst part.  I guess I’ll see?  Like going to the teacher training, I will show up.  My H.P. will meet me there I hope.