H and I went to the fair last week.  I have such great childhood memories of the fair, being terrified in a good way on the zipper, going upside down on the gravitron (this may or may not be true, it’s a bit hazy.), the food, and the feeling I got walking around at night with all of the bright flashing lights.  More and more it’s imperative that H and I get OUT of the house at some point during the day.  Sometimes that means a walk around the corner and sometimes that means getting in the car and going on an adventure.

As a former vegan and current pescatarian, fairs to me now are not as filled with childhood wonder and innocence.  As we were walking around the animals stalls I couldn’t help but hear that old slogan, meet your meat.  Seriously that sentence would not stop playing in my mind.  It is jarring for me that families will roll by the pig section, coo at the pigs and try to pet them and then the next stop?  Corn dogs, yum.  Now, before any meat eaters get on their high horses, I am still trying to be a better recycler and have not used cloth diapers, I don’t feel like I have the right to bitch, I guess is what I’m say.  Plus I ate meat while pregnant, (gasp!).  But does it disturb me?  Honestly, yes.

H was obsessed with the tractors in the kiddie section.  Couldn’t get him out of there without a back arch throwin fit:

Steering wheels is a current thing.  He’s such a funny kid when it comes to stuff like that.  He knows what he wants and is single minded.  I pulled him into this booth filled with tiny corn kernels.  Kids were filling things up with them.  He’s been past the whole putting everything in the mouth stage, but pop, in went a kernel.  I was worried so I tried to fish it out and he clamped down on my finger for a full minute.  It reminded me of when I’ve heard about dogs biting, H’s hold kept getting tighter and tighter.  Owie.  He finally let go and we moved on.  No more corn kernels for you, buddy. 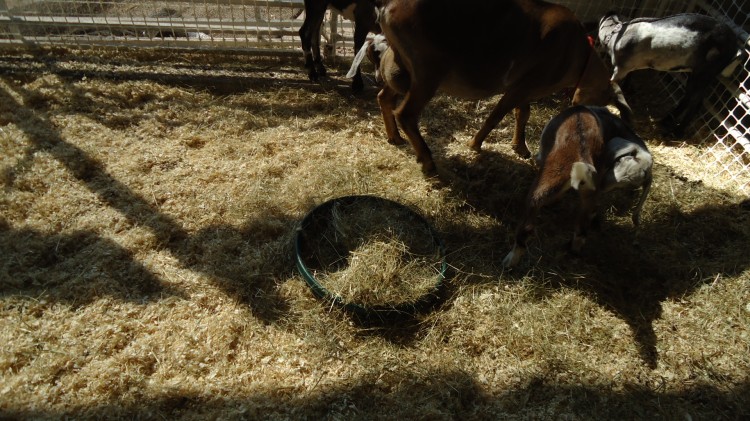 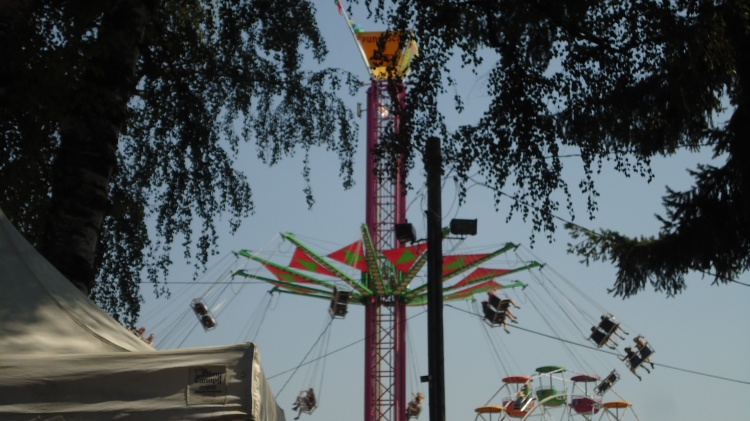 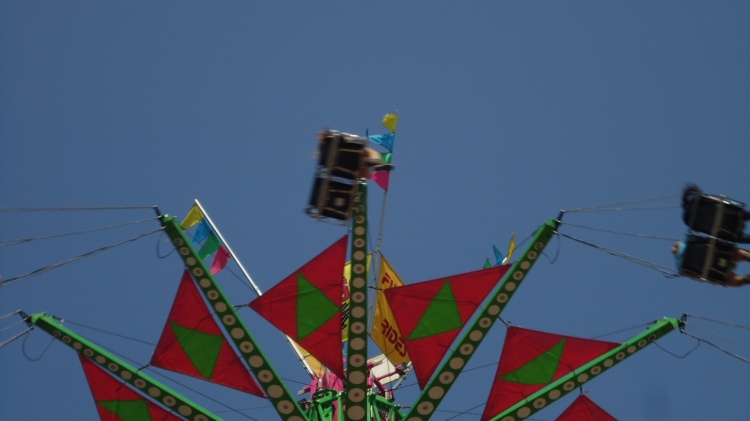 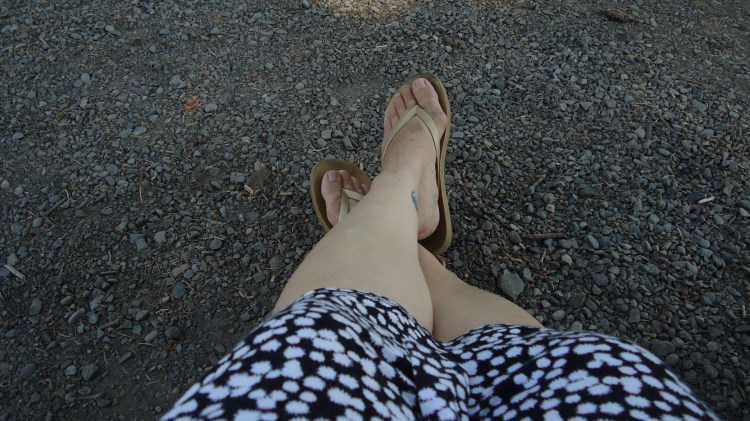 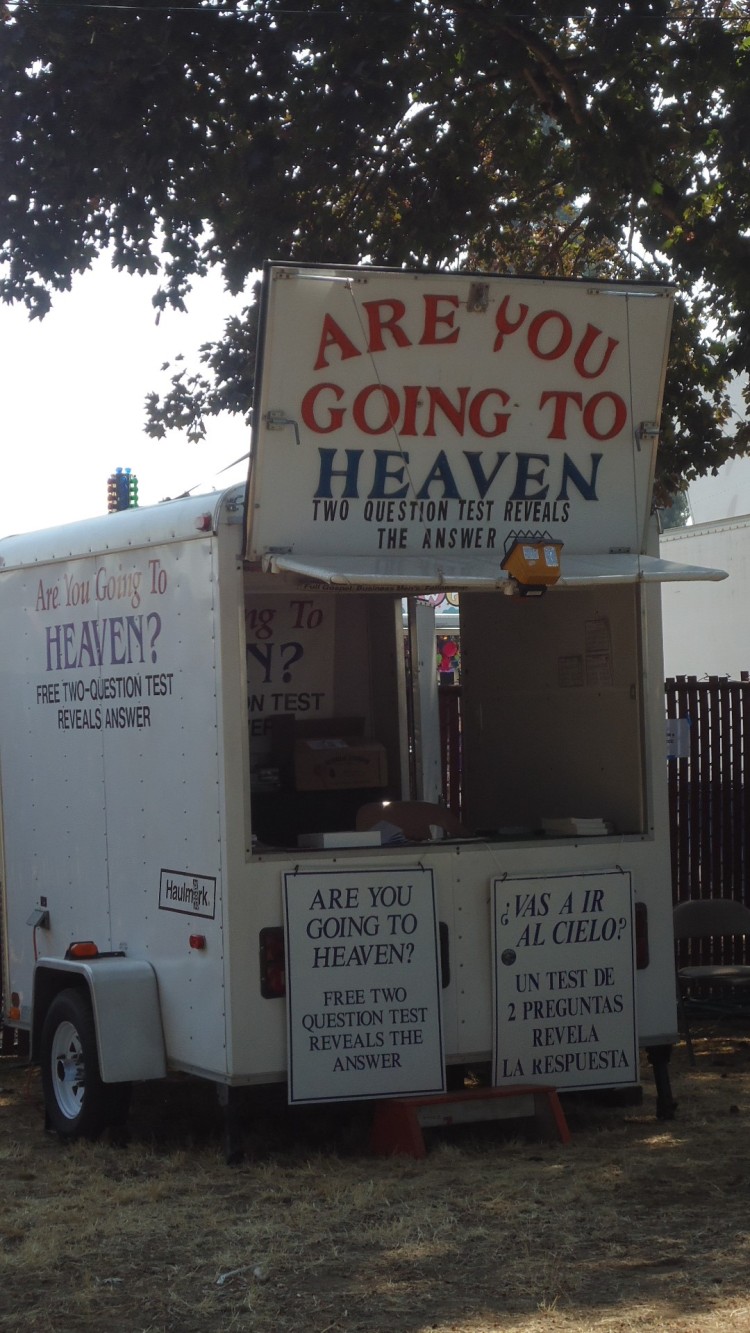 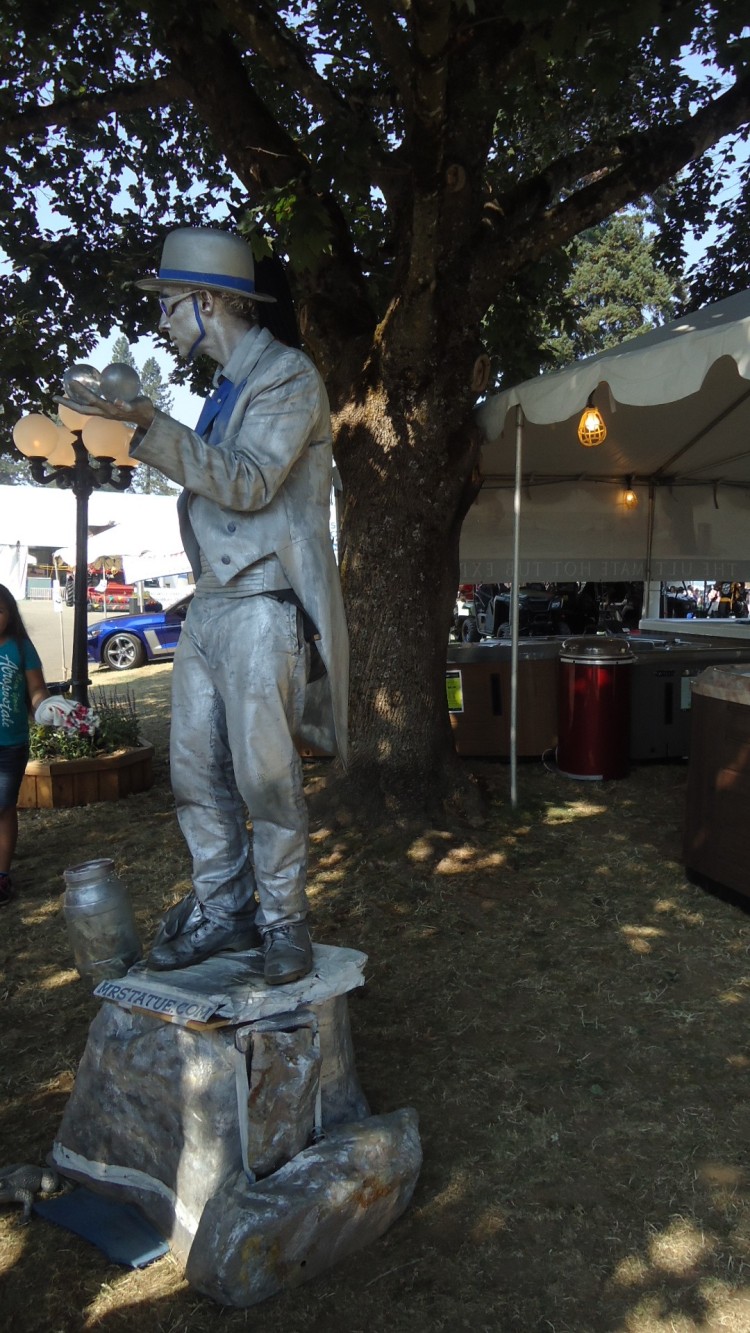 In my last post I mentioned feeling a new ease to toddler hood.  This is still the case, but there is something new.  Feelings.  I joke with my parents that H is like Dr. Jekyll and Mr. Hyde.  All snuggles and giggles one second, and all angry and screaming the next.  He is negotiating feelings and they are all new to him.  I pray to be a good mama to him while he does.

I may be getting to spend much more time with him.  My work wanted me to work Tuesday through Thursday, or go basically.  I decided to go.  I gave notice, my last day is two weeks from last Friday.  It would make no sense financially to work only three days and do daycare, I would not be making enough.  I’m not wanting him in day care either.

So that’s that.  I may start the yoga apprenticeship in September so this may be perfect timing.  I feel the stress of money on my shoulders.  I feel the whole stigma of being this old and living with my parents as well.  I feel a huge peace too and that feels bigger.  For now I’m going with that.  It will be nice to not have to work through fall too.  Halloween, Thanksgiving, and Christmas!  My favorite time of year!  It’s been SO HOT here, and smoky.  There are so many wild fires.  We need tons of rain.  It’s supposed to rain before and during free yoga and I don’t even care.  We need it.

It will be interesting to see what’s next.

Wishing you all an abundance of rain, whether it be physical or spiritual.