Little guy & I took a quick road trip to the ocean a couple of weeks ago.  I had been planning on hitting the Oregon Coast Aquarium in Newport later during our June trip, but I got crazy cabin fever suddenly so we just took off.  I grabbed toothbrushes & pajamas for him just in case.  He was more into the digger outside than the actual aquarium.  We left after I got tired of saying, Look at the fish, over & over again.  He knows what he’s into & I have to respect that. 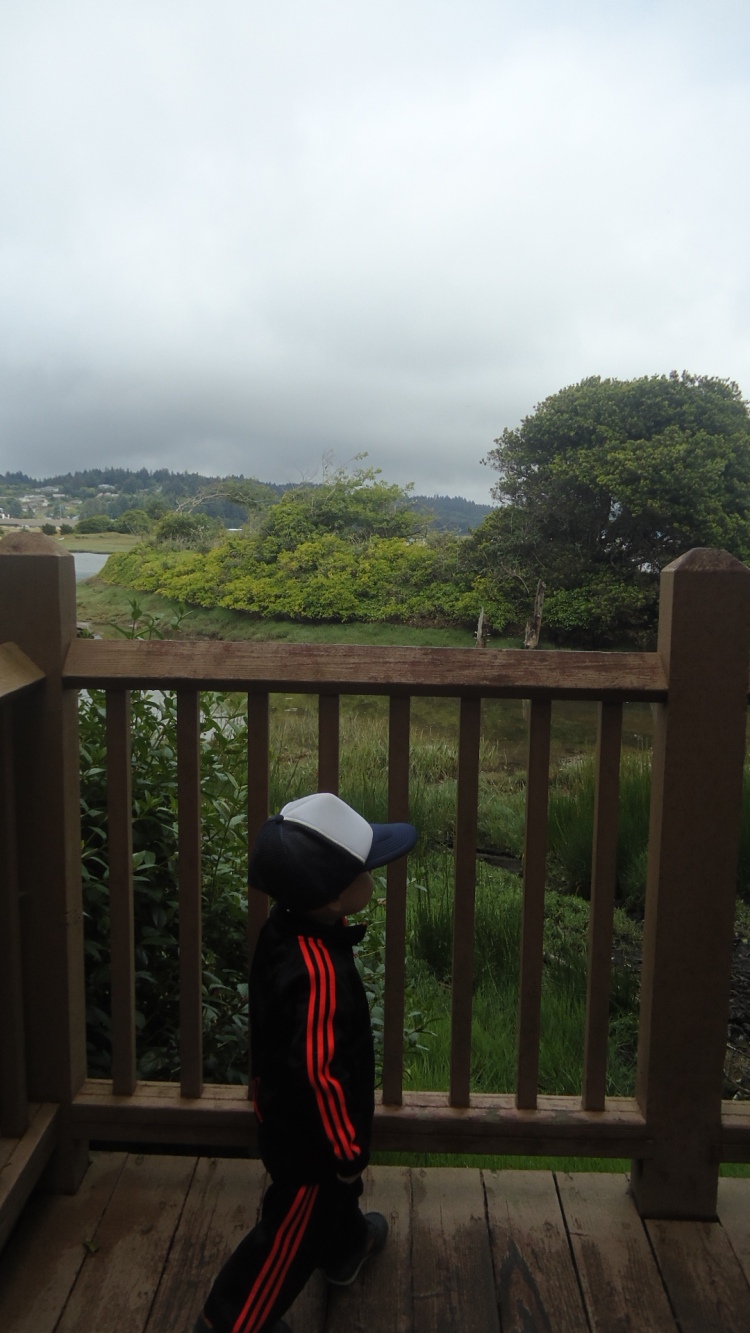 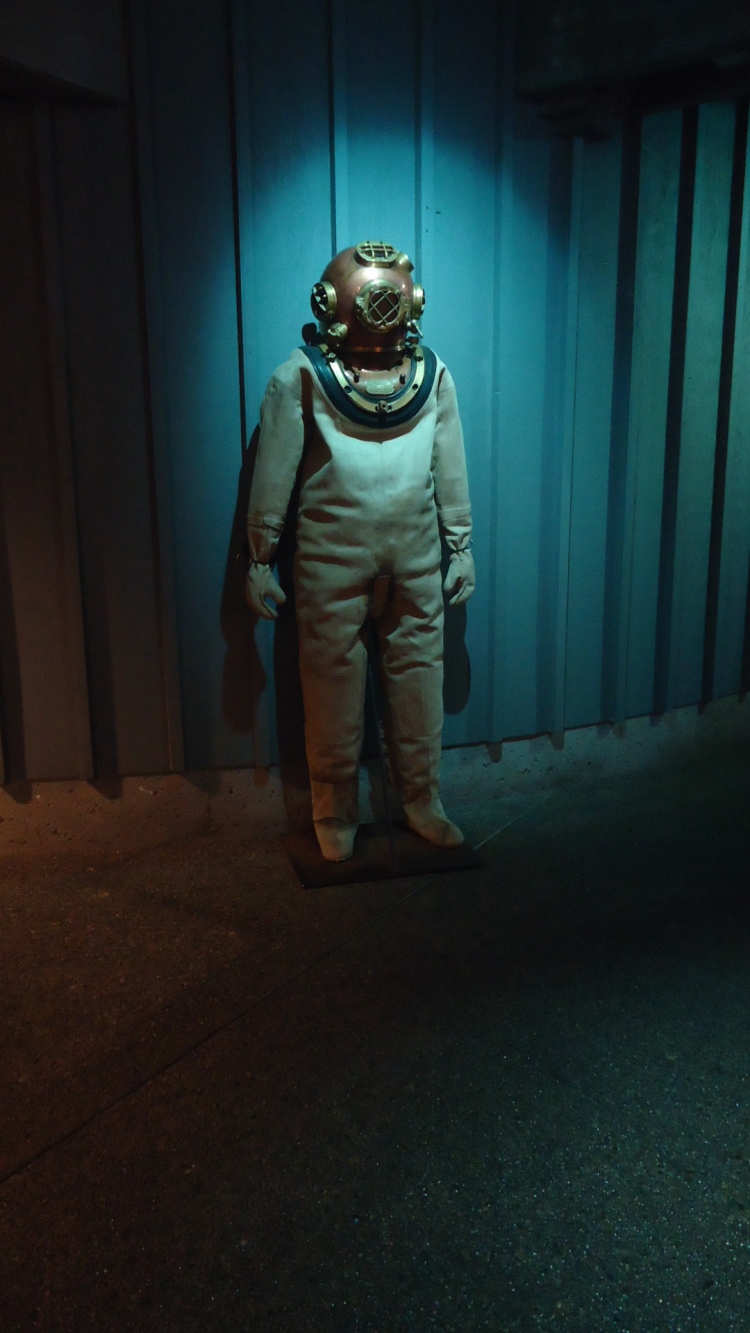 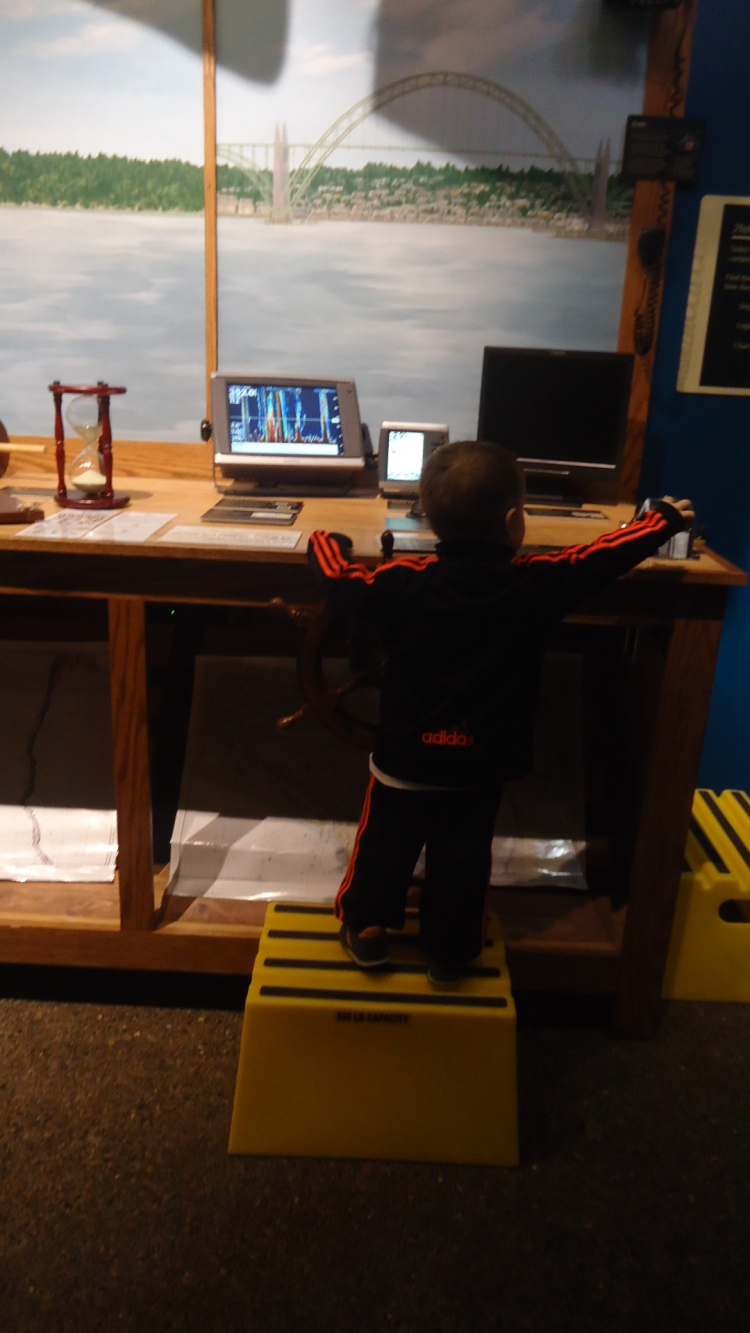 And to his amazement the city of Newport happened to be doing some construction at the foot of the hotel we were staying at (you may be able to barely make out the construction site in the picture right below).  Who needs to look at the ocean when there are excavators to view??? 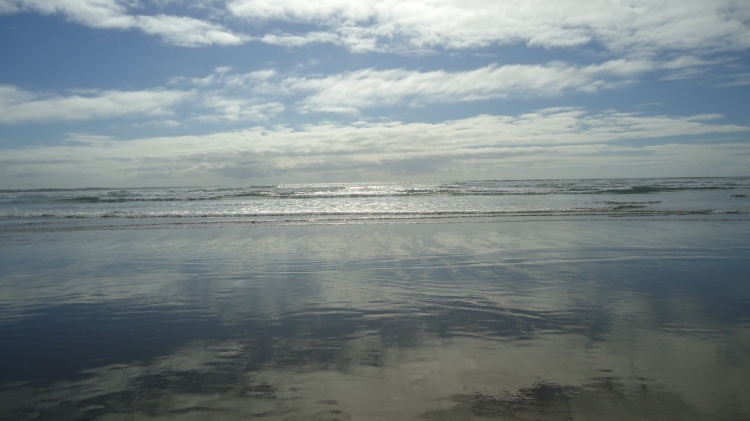 Staying beach side is the way to go, especially if one is in care of a toddler.  Much easier than getting in the car & schlepping to the beach.  The next day we drove North through Tillamook to Rockaway Beach, destination of a train ride we will take in a couple of weeks.  Train station below, yes he was all over it.

The weather on the drive up the coast was mystical, sunny perfect weather, I felt like I was in the center of a perfect blue diamond looking out.  I canceled our hotel for the June trip & booked a camping spot walking distance to the beach.  I’m looking forward to it, but also placed an order for a portable dvd player, Curious George on my side to help in a pinch or while I build a fire.

I believe that both AA & yoga are a sort of oral tradition.  You can read about both, you can YouTube yoga videos, but most of the stuff said in meetings & in yoga class is parroted by people who heard it from their friends & sponsors who heard it from their friends & sponsors all the way back & up (& new stuff made up along the way!).  I’ve heard so many good things in meetings that have blown me away.  Those tools that come in handy at the tightest of moments.  I also hear amazing cues in class.  Last week:  Rest your right footprint down on the mat.  Footprint.  Ah, I loved that cue.  Anyone hearing that cue would get it.

Back in Long Beach a woman said her sponsor told her, grace or grind.  You can be led to do the right thing the hard way or the easy way, it’s your choice.  True, many times I bumble around wondering, why is this so hard?  Until I get it.  Other times I know the right thing & I choose the wrong thing on purpose.  I suffer.  I pick back up & start over again.  H is at an age where he knows what he wants (diggers, mama not fish), but many times I find myself pointing at another child saying, see how much fun she has swimming?  Don’t you want to swim like her?  Finding myself forcing him into situations he’s not into.  I’m grateful for the awareness of this.

Doesn’t he have his whole life ahead of him to embrace swimming & fish?  Grace comes when I let him choose his own path.  I’m sure I will have moments still of trying to engage him in an unwanted task, isn’t that one of the golden burdens of parenthood?  Wanting your children to experience life & sometimes forgetting to just let them be.

Life is good today.  I’ve subbed for other teachers in the past week & have other classes lined up to sub this Summer.  The first Free Yoga on the Green was today, woo-hoo a bunch of people showed up!  I love being able to facilitate a outdoor space to practice yoga!  That was such a big part of my practice, I hope many people can find the peace I found in it.  I’m grateful for AA & the years I have spent being sober one day at a time.  I would have no good thing in my life if for that.

Wishing/vibing graceful actions & thoughts to you all out there.

2 thoughts on “GRACE OR GRIND”