When I moved here under 3 years ago it had just freshly snowed.  Don’t worry, a woman from the rooms said.  It only happens like every 7 years.

This particular Winter that little snow flake has shown up on my phone over & over.  It’s like looking at another persons phone, someone who lives in a snowier state.  It’s always shocking to see it for this native Californian & even more shocking when fat flakes start drifting forth! 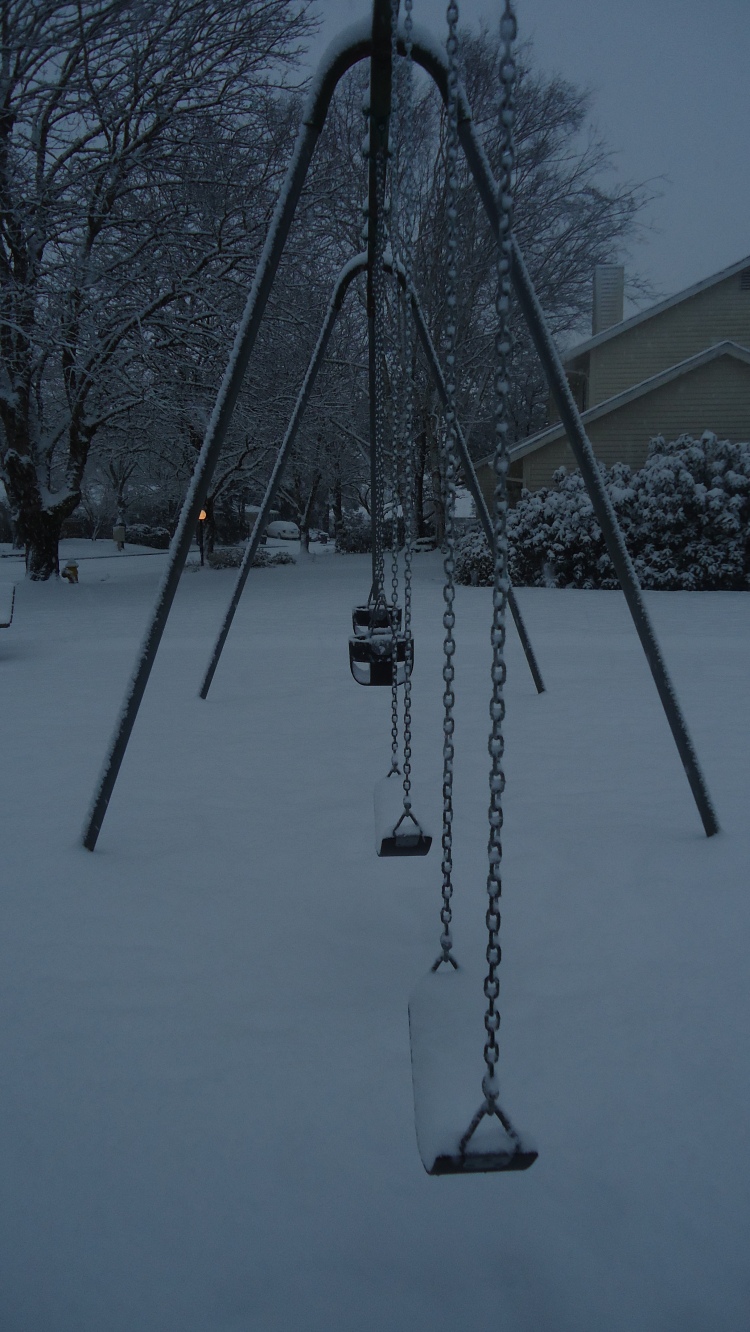 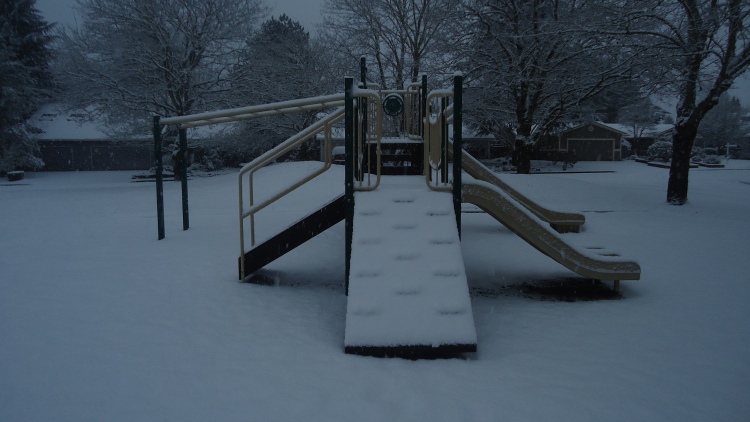 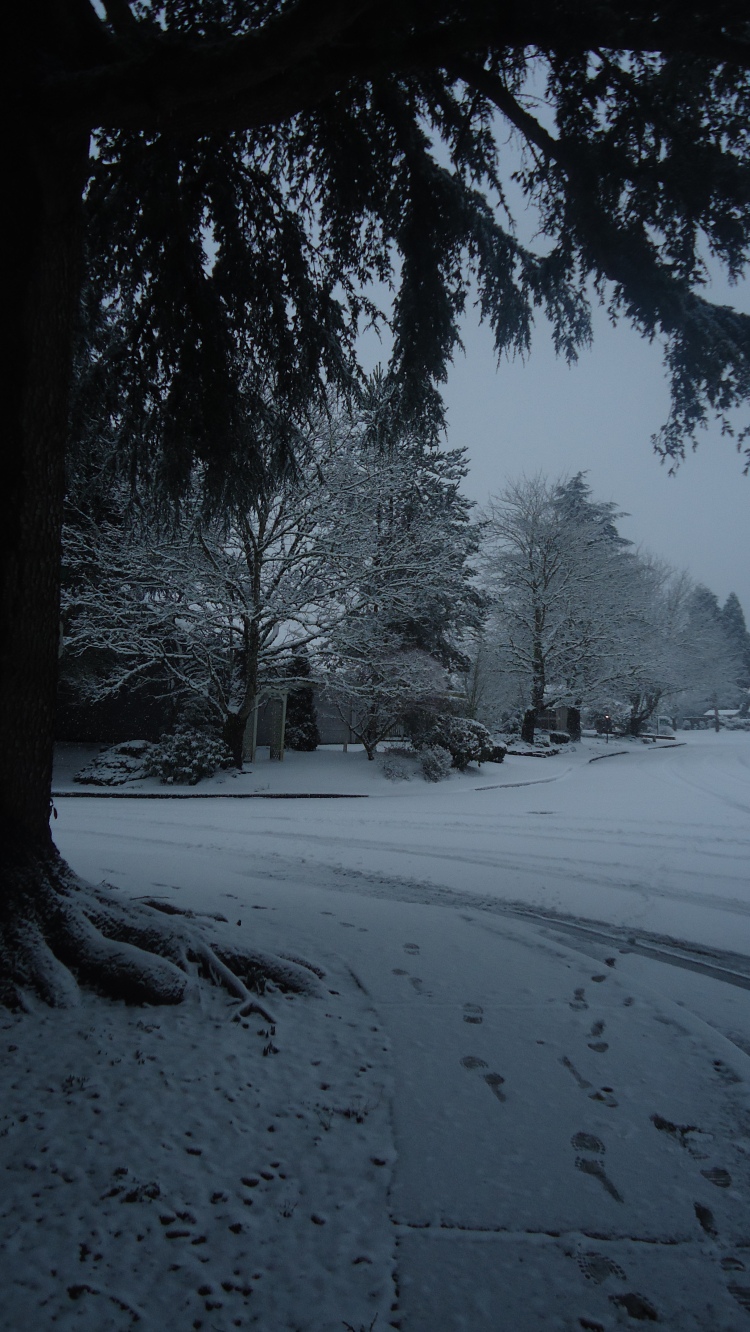 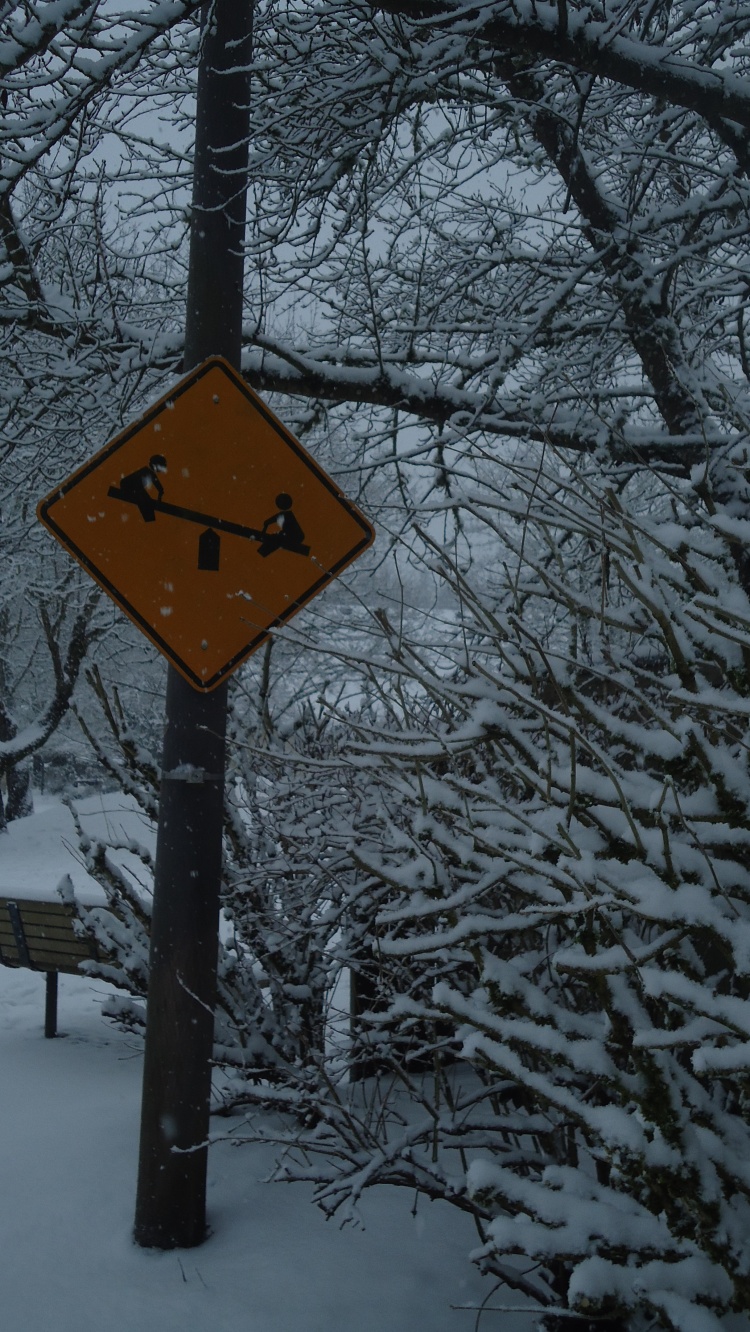 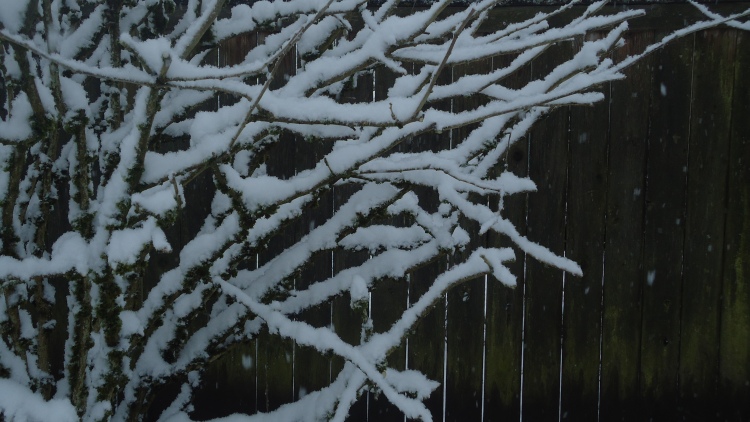 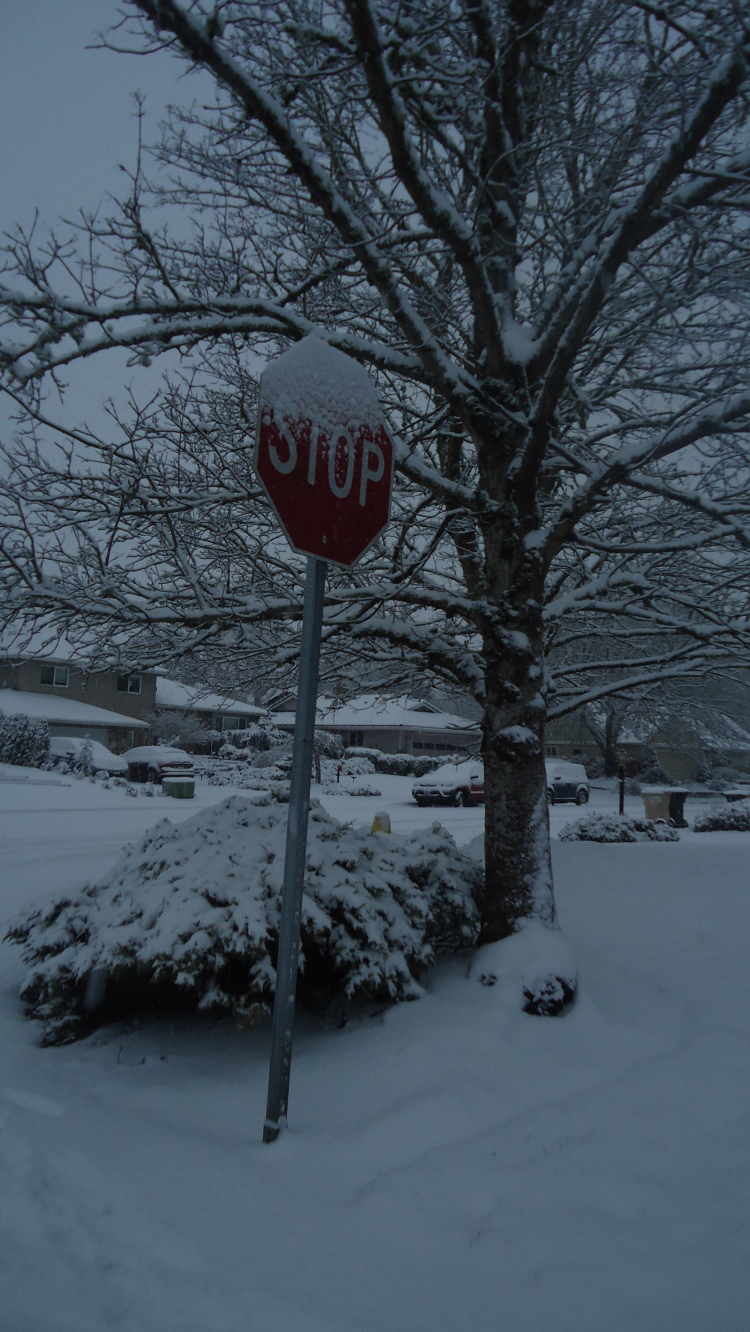 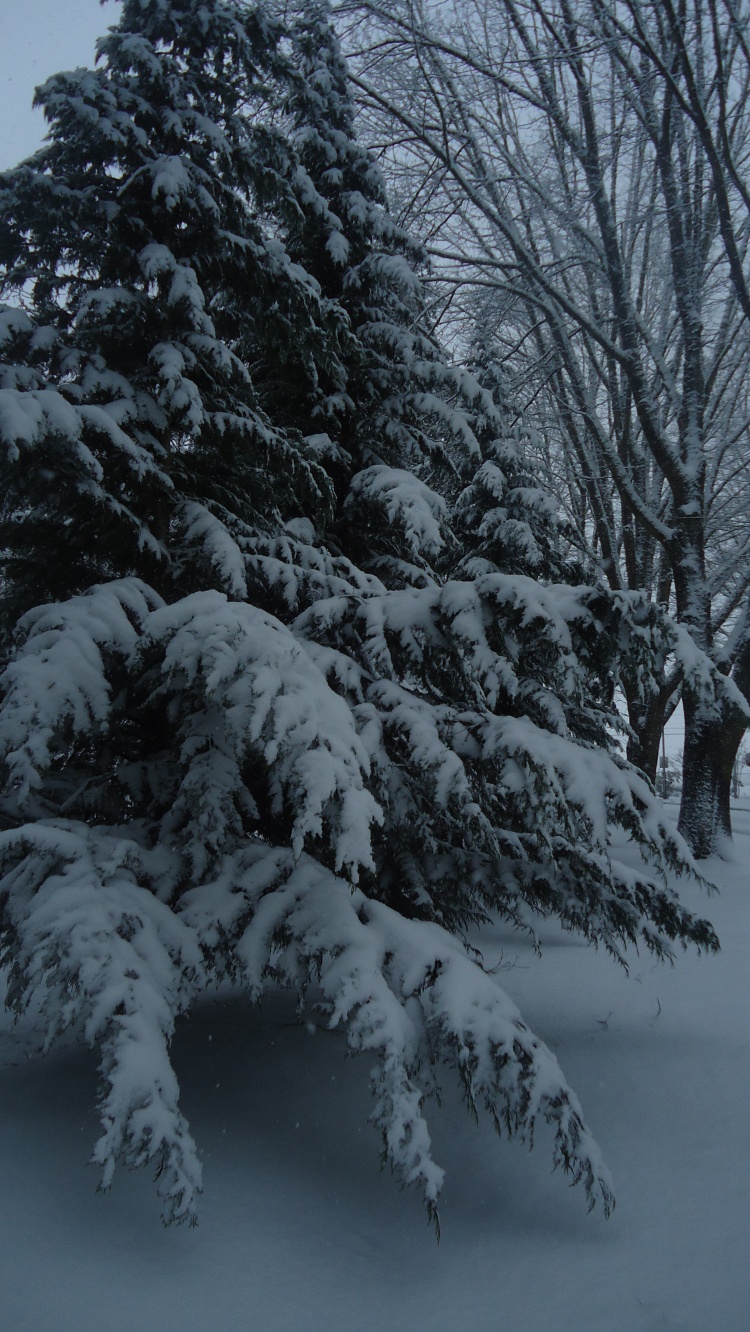 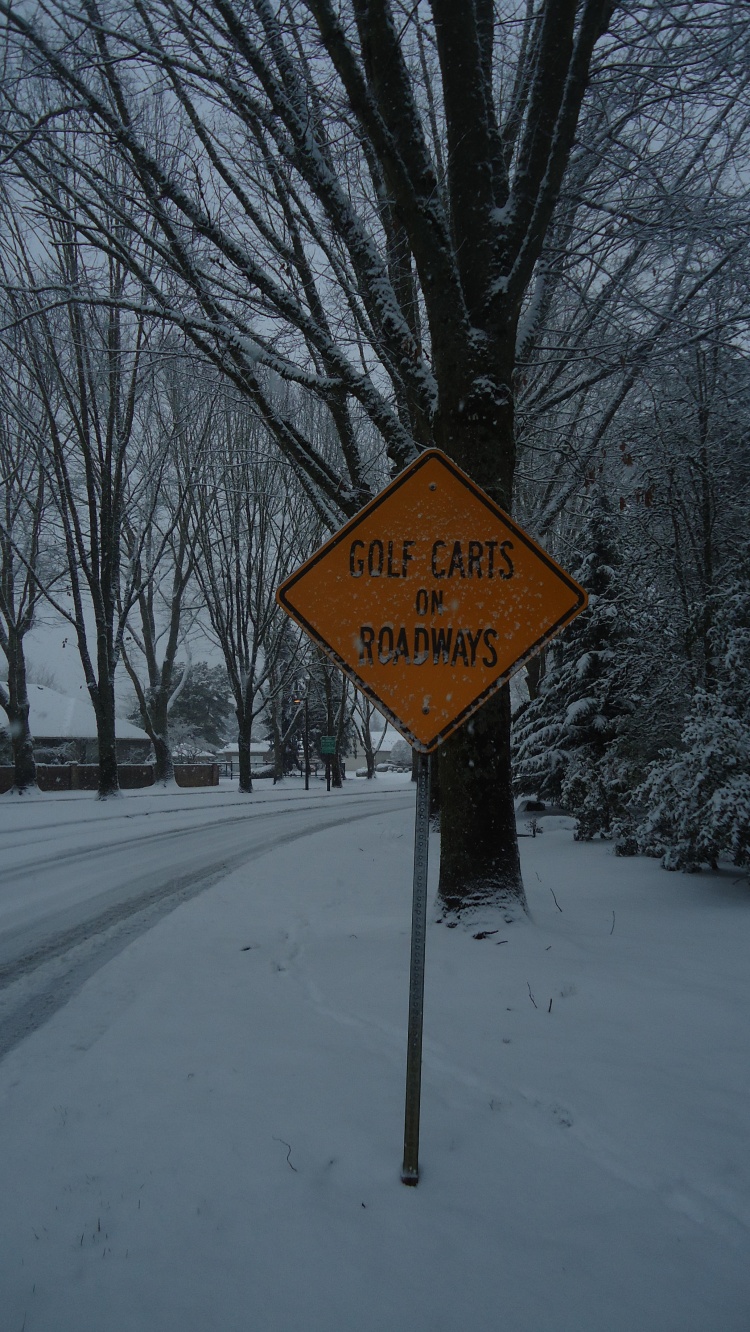 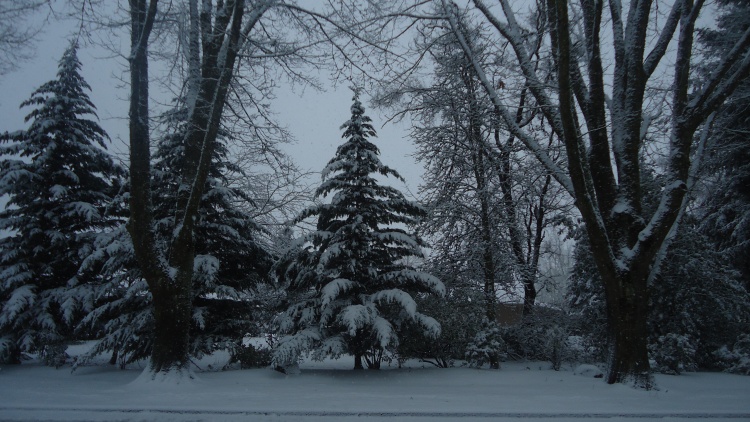 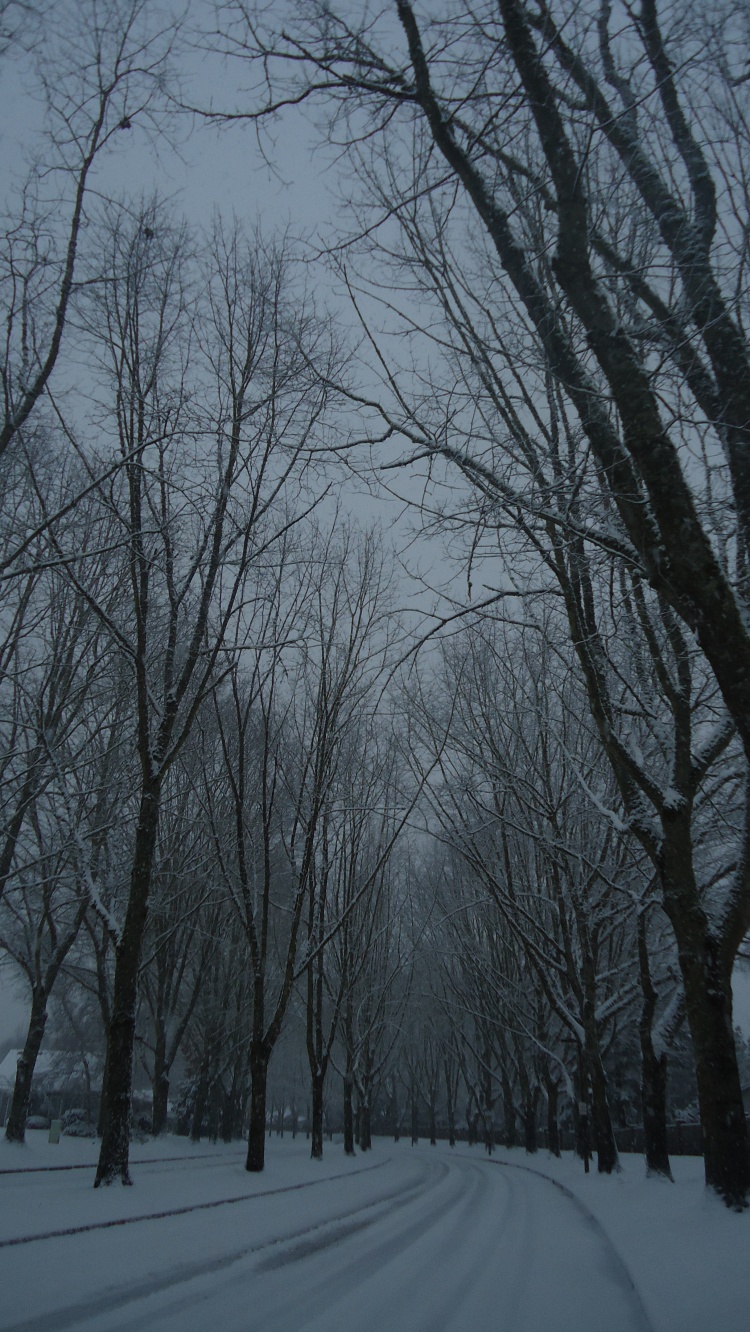 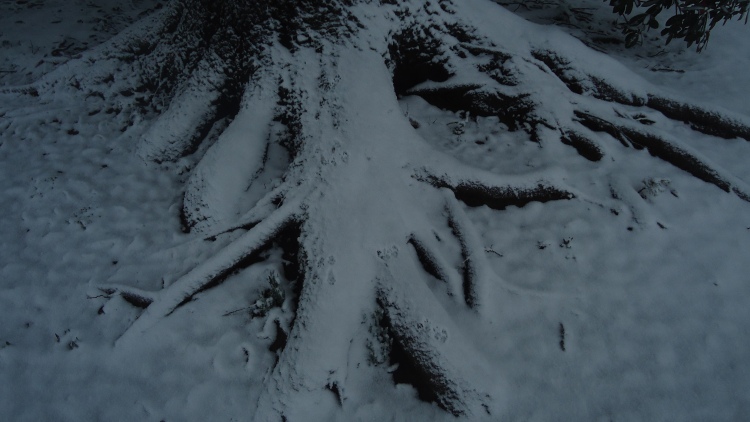 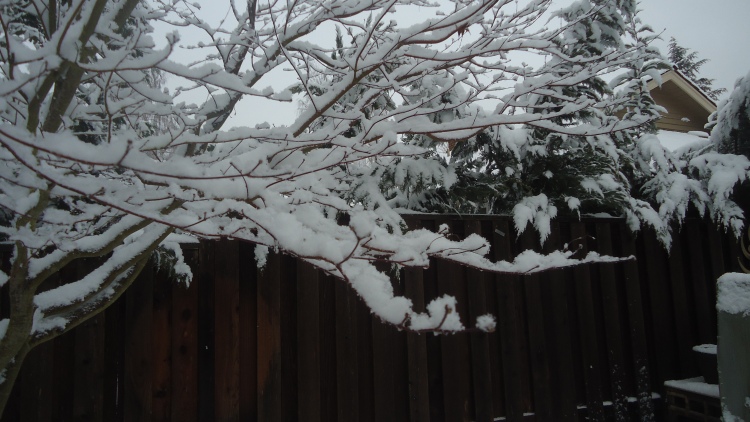 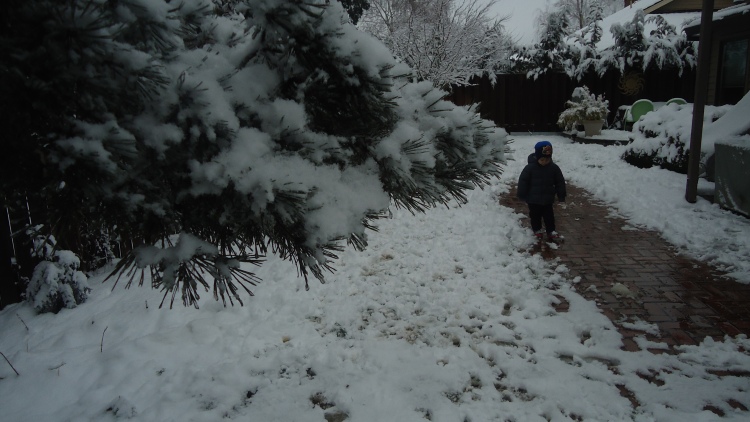 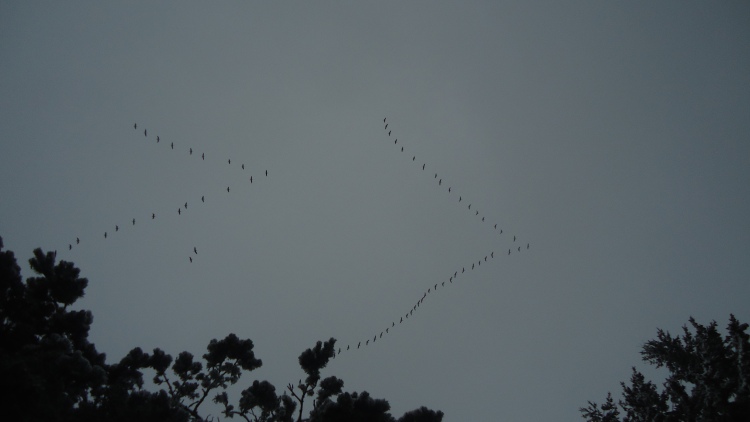 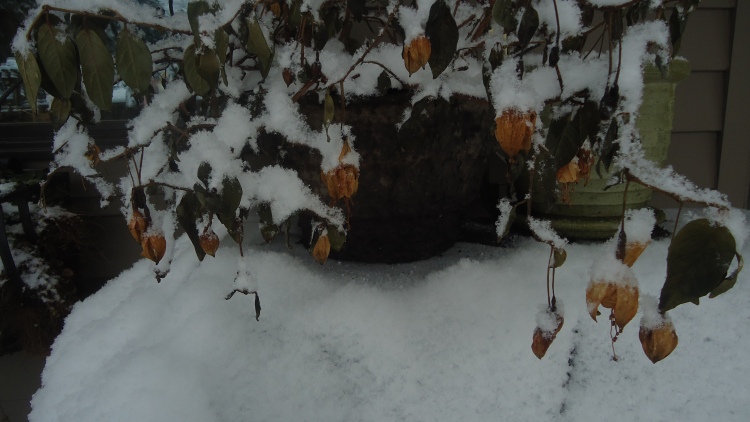 I left home yesterday with my camera & just walked & walked, taking pictures.  I didn’t tell my parents how long I’d be.  From the caged in feeling I had the last major time it snowed, I knew I’d have to find ways to get out.  Last night I got rides to the meeting, the one that’s 5 minutes drive from our house.

& if you can believe it last weekend it snowed too!  This snow melted fast, turned into slush, & allowed for road travel.  My friends (old & new, about 7 of them) came out to stay on the Tualatin River for a couple days.  They came to my yoga class, had dinner at our house, went to my home group, & then I stayed with them for a couple nights.  My mood lifted significantly while I was there.  I told my one old friend that I want to wear a shirt that says, I Hate Everyone.  Whoa!  She responded.  Her tone was shocked but also filled with humor.  Aren’t our friends (the good ones) like mirrors?  They allow us to see ourselves for who we truly are without lecturing.

I was single & childless last weekend, my old friends being there strengthened that old definition of myself.  I could get food without worrying about getting food for my toddler first.  I could sleep in.  I could stare my friends in the eyes & really hear them without being constantly interrupted.  I could simply focus on having a good time.

I’ll interrupt this string of thoughts with the fact that I really dislike writing stuff like this.  I also dislike writing fake & happy stuff too.  This place is a optimistic place but it has to veer towards the truth too.  I guess it’s been months, ever since the potty training debacle that I just haven’t felt like a happy, grateful MOM.  I feel resentful.  I am depressed.  I don’t like the label of depression.  Once I sought counseling because I was bummed about people dying in AA all the time.  Forever, that word was on my rap sheet at my hospital, it says here that you have suffered from depression…?  Me:  Yeah, when people OD & shoot themselves in the head, it can be rather sad…

& I think I’m just tired of lying to myself.  We are working on step 1 in my mini sponsorship group & it has been easy to see where my life is unmanageable & where I feel powerless.  I already did the work.  I don’t feel any better.  I keep doing the deal, going to meetings, meeting with sponsor family, praying, giving things up, but I don’t feel any damn better.

The women that shared in the very first meeting I went to, April 15 2008 said some knarly things.  They were broke, had cancer, had kids that died.  They stayed sober.  They laughed again.  Things made sense again.  I shared at the meeting last night that when you go through something hard it just doesn’t make any sense.  AFTER you feel totally different.  You are different.  I feel like I’ve been in that space.  I don’t get it but I keep trying to do the deal.  Higher Power has a sense of humor because the whole meeting last night was about children, young & old.  People came up to me after the meeting said so many encouraging words.

I just can’t analyze it anymore.  I have to just keep going.  Today the clouds cleared away & the sun was out in full force: 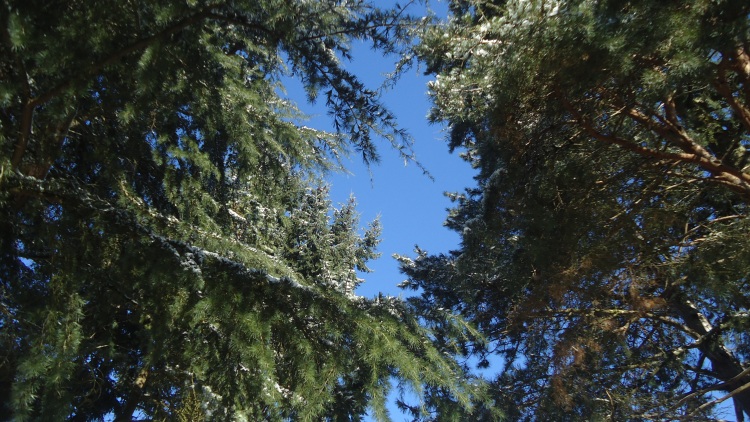 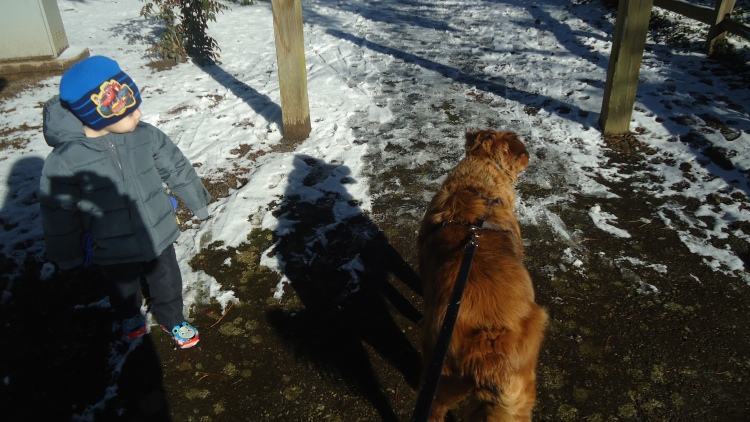 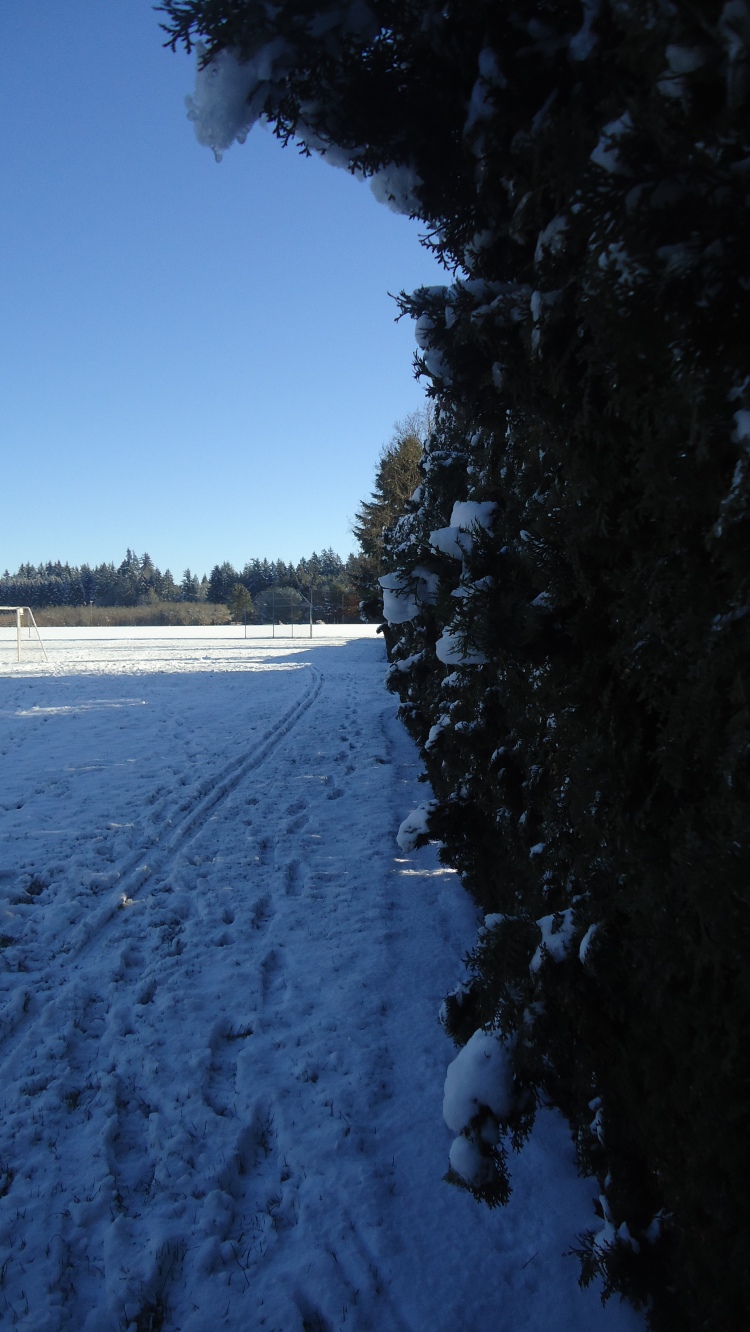 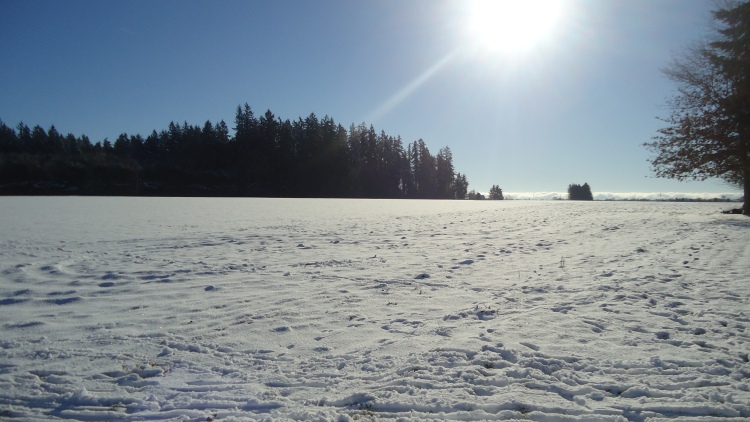 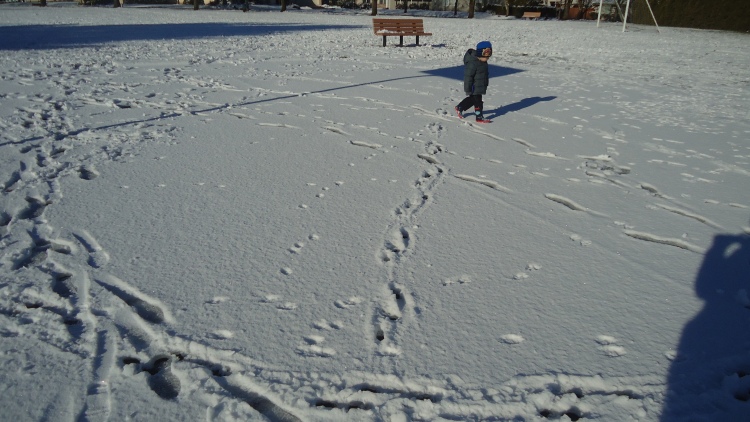 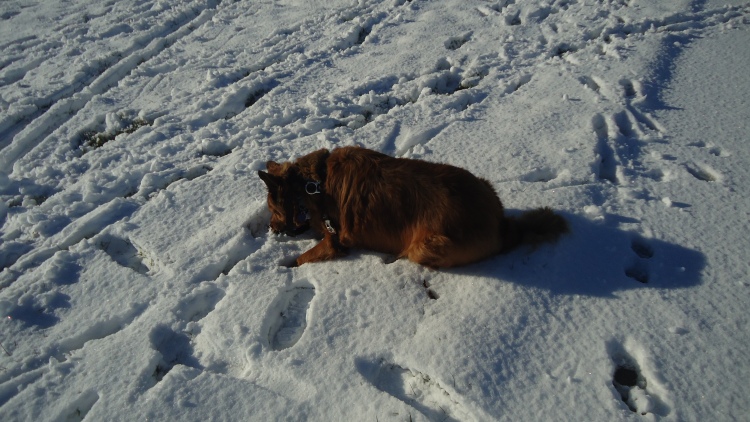 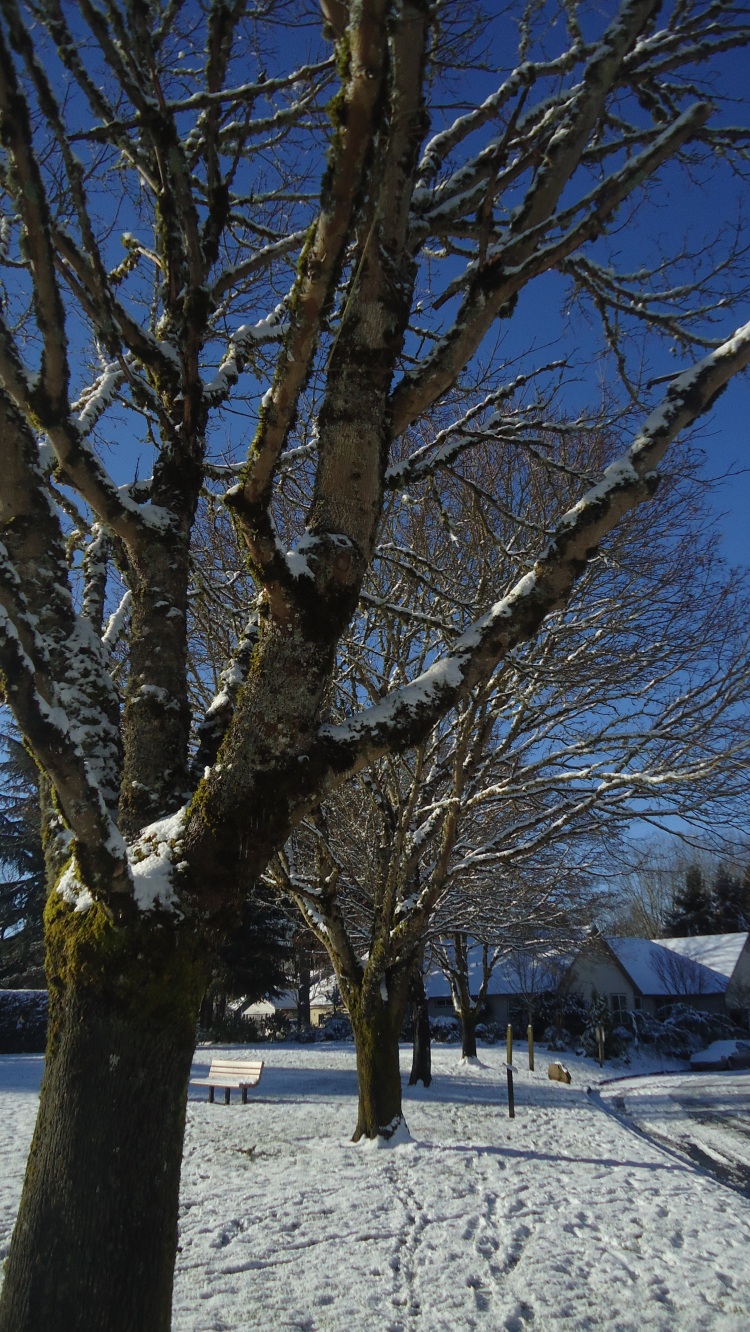 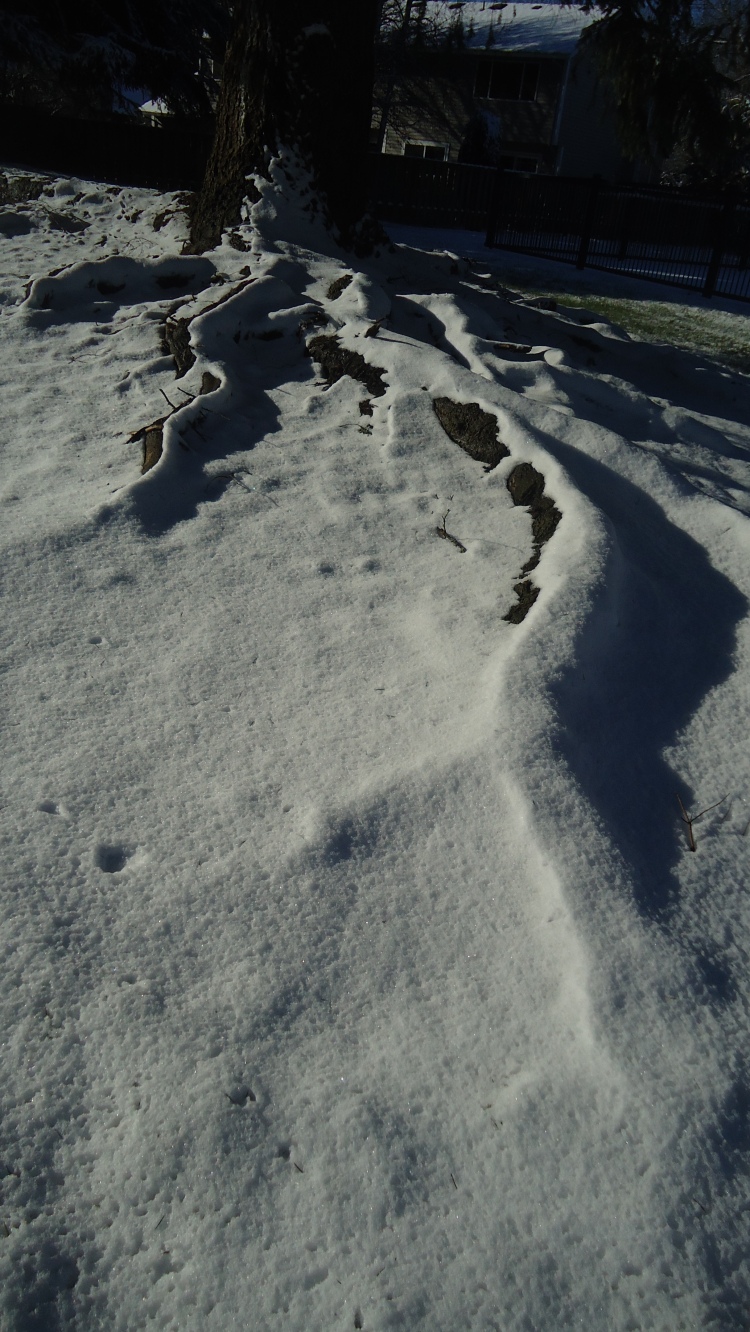 It was really good to be with & see my friends.  I’m hoping they make it an annual trip.

Yoga is going well!  I was in the stinkiest of all moods last Tuesday as I drove to my new gig.  I thought, this is going to be a bad class!  It turned out to be one of the best I’ve taught in a while!  I feel myself getting used to the new space & like chatting with people after class.  My longer gig’s fitness room is under renovation so the classes have been pretty light.  I’m looking forward to that being finished.

So here’s to truth, even though it’s not what I always want to see in myself.  Thinking of all of you out there & hoping you can keep it real too.

One thought on “SNOW DAZE”